On the move for justice and Peace

On 2 October 2019, the 150th Anniversary of Mahatma Gandhi’s birth, a year-long peace walk, Jai Jagat 2020, takes its first steps from Delhi to Geneva. People will join it along the route to present issues and experiences of social and climate urgency to the UN in September 2020.

Jai Jagat is a global campaign to promote non-violence as the only way to ensure the survival of humankind, overcome the climate crisis and address growing inequalities.

On 2 October, 10:30-21:00, to launch the Jai Jagat 2020 UK, campaign and celebrate Gandhi’s anniversary, there will be a conference at the Quaker Study Centre, Woodbrooke, Selly Oak, Birmingham where Gandhi stayed in 1931. There will be a web link to the walkers in Delhi who are starting this extraordinary venture.

Discussions and debates will focus on the four themes of Jai Jagat – Eradicating Poverty; Removing Social Discrimination; Reversing Ecological Destruction; and Ending Conflict. Key-note speaker Diana Toynbee, Activist, Politician and Quaker and speakers from the Gandhi Foundation and Gandhi Peace Centre are joined by representatives from a wide range of West Midlands groups concerned with social and climate justice, and peace.

Delegates are invited to help shape the Jai Jagat programme in the UK, which includes developing networks through justice and peace walks, activities and events to promote the main Jai Jagat walk. Jai Jagat UK will join the walk between Lyon and Geneva in September 2020.

Click here to book through eventbright. B&B is available through Woodbrooke.

Jai Jagat 2020 is initiated by a non-violent, non-political Indian organisation, Ekta Parishad (EP), translated One Forum, with a track record of influencing government policy by walking to gather, then present, evidence of injustices to landless people. Quakers and Christian Aid have actively supported EP over many years and have witnessed their peaceful campaigns of mass mobilisation. EP and their leader, PV Rajagopal, have received numerous peace awards over 30 years, including a nomination for the Nobel Peace Prize in 2014.

Jai Jagat is loosely translated as ‘One Planet All People’. EP invited partners from across Europe, the Americas and Africa to join Jai Jagat 2020, to evidence and highlight their concerns. They cross 16 countries with peace conferences along the way finishing with a week of People’s Forums and creative protest in Geneva in September 2020.

The Jai Jagat UK group is organised by Quakers from the West Midlands and elsewhere in the UK together with supporters who have known EP over many years.

The launch is at Woodbrooke, which is where Gandhi stayed in Birmingham in 1931 during the London Round Table Talks to negotiate changes to the Indian constitution. His correspondence with supportive Quakers in Birmingham will be displayed. The Quaker Study Centre, Woodbrooke, is at 1046 Bristol Road, Birmingham B29 6LJ

The launch programme includes discussions with members of Footsteps, Climate Action Network West Midlands (CANWM), Turning the Tide, Birmingham City Council, together with Sandra Berry, Director of Woodbrooke, and Andy Street, Mayor of West Midlands. There will be a walk along Woodbrooke’s labyrinth accompanied by young musicians and dancers, and music by The Community Choir. 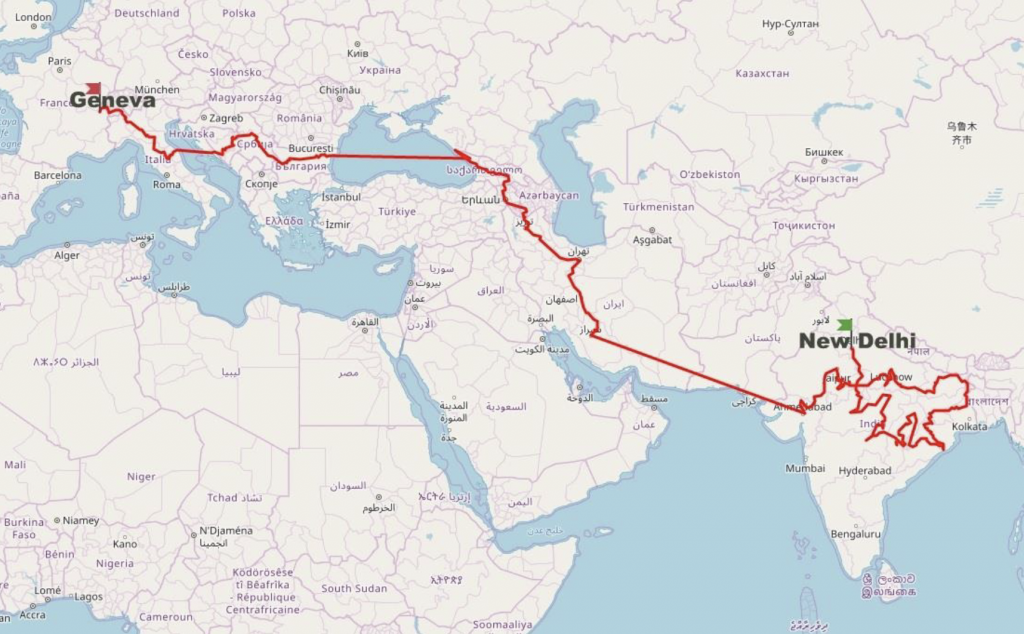