Ginnie worked as a consultant for ACE dance and music to research and investigate the feasibility for the North Birmingham Alliance (ACE dance and music, Black Voices, Black Arts Forum and Legacy Centre of Excellence) to create a carnival dance parade and anthem for the Commonwealth Games 2022. NBA has received funding from Birmingham 2022 Festival and ACE Dance and music has commissioned Clary Salandy from Mahogany Carnival Arts to design large scale carnival costumes, celebrating flowers from 11 Commonwealth Caribbean countries interwoven with flowers from Birmingham. All costumes will be seen as part of the Route 35 – Embracing Cultures for the Commonwealth Games, presented by Birmingham 2022 Festival with generous funding from Birmingham City Council. For further information of NBA project see: www.north-birmingham-alliance.squarespace.com

ACE dance and music also commissioned a team of artists to create a Community Flora costume, which has been co-created with Birmingham youth and community groups across North Birmingham.  The following artistic team were involved:

This Community Flora costume was launched at ACE Space on March 12th with a performance by Funky Juniors and Funky Minis to provide a carnival dance for this celebration. Community groups have learnt to make flowers for head-dresses using recyclable materials, and learnt to dye and sew silk leaves for the costume and make some of the larger flowers which make this costume spectacular. 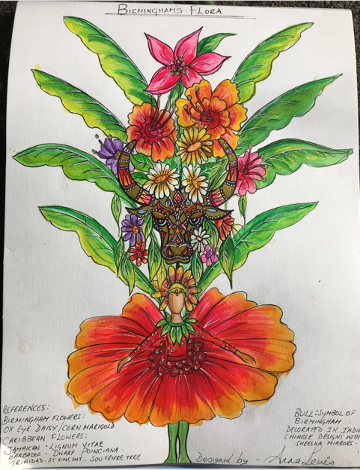 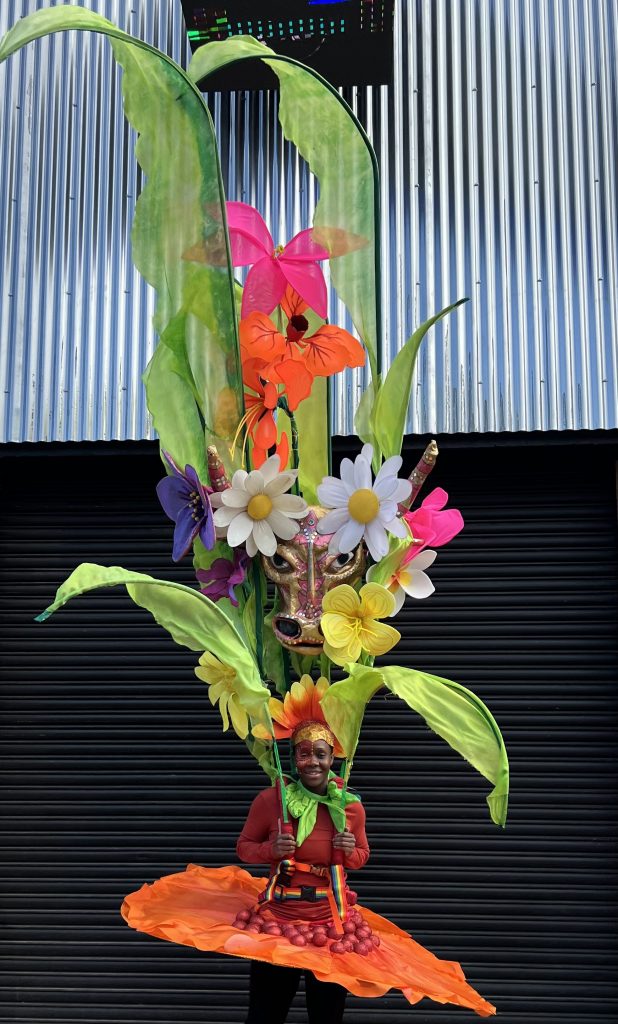